skip to main | skip to sidebar

lrf
Petite Riviere, South Shore, NS, Canada
little river folk is a monthly concert series hosted at the Community Fire Hall in Petite Riviere, NS. We present local and national touring artists for live music happenings each spring and fall. We are part of the Music NS Bringin' It Home series for 2009-10. Some of the more intimate 'listening shows' feature cabaret seating and a coffee-house, while other shows feature dancing and a cash bar. Tickets are $15 at the door, or $12 if purchased or reserved in advance. 2-for-1 student ticket pricing for most shows. For more information and to reserve tickets for any show, please contact us by email: littleriverfolk@hotmail.com 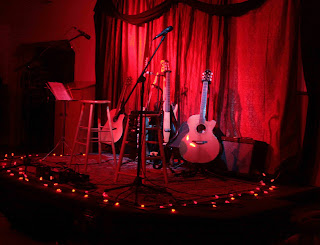 The Stanfields, Nova Scotia’s hottest new band, will close out the Bringin’ It Home concert series hosted by little river folk on Saturday May 15th.

The Stanfields are a maelstrom of rock, bluegrass, Celtic and blues. Hailing from the gritty post-industrial towns of Nova Scotia, these five musicians play every show like it’s their collective last night on earth. Their kitchen party harmonies, thunderous rhythm section, high octane stage show and genuine chemistry have won over audiences clear across our tiny corner of the world.

Since forming in the summer of 2008, The Stanfields wasted no time making their mark on the venerable Atlantic Canadian music scene. They made an immediate impact, and were hailed as “The Clash meets Steve Earle” by Great Big Sea’s Sean McCann.

With a relentless touring schedule and a list of injuries more akin to a hockey team during the playoffs than your typical rock and roll band, the closing days of 2008 saw the band forge its identity, ready to take their 10 legged gong show into the studio.

Under the guidance of gifted engineer Darren Van Niekerk (Matt Mays, Wintersleep), The Stanfields captured their knuckle busting rootsy sound at Halifax’s revered Sonic Temple in January 2009. Recorded as a self titled EP, the band released it to a crazed, packed house on St Patrick’s Day. SNAPHalifax soberly reflected on the Stanfields show; that “the enthusiastic, outstanding dynamics of their thundering rock rhythms, bang on Celtic melodies and bringing it back home harmonies and lyrics brought on an energy from the crowd not to be outdone or forgotten”.

In 2009, The Stanfields toured Atlantic Canada extensively and were awarded two Music Nova Scotia awards, for Best Group Recording of the Year and Best New Group. After their win they were confirmed as part of the Atlantic envoy to the Vancouver 2010 Olympics where they were joined by Anna Ludlow and played to enthusiastic crowds every night. Most recently the band played solid showcases at the East Coast Music Awards and Canadian Music Week, turning heads at both events.

Their busy winter wrapped up with yet more wins as they were voted Best Local Band, Most Likely to Make it Big and for a second straight year, Best Band to get Trashed To, by readers of the Coast. The band continues to roll along gathering more momentum, as their song The Dirtiest Drunk in the History of Liquor is currently in heavy rotation on Q104.

Joining the party are Lunenburg’s roots kings The Klunkers, and fiddling sweet heart Anna Ludlow who will accompany the Stanfields as a special guest.

The Klunkers will open the evening with their classic blend of old time folk, blues, country and Celtic. Fronted by the self-proclaimed kings of "jug", Paul MacLellan and Ron MacEachern, joined by Stewart Franck and Pam Paton this unique group of characters is sure to take you back in time.

The licenced dance gets under way at 8 pm at the Petite Riviere Fire Hall. As there is a cash bar, this dance is for those age of majority only (19+).
Posted by lrf at 4:25 AM No comments:

Named as Nova Scotia’s top entertainer at the 2009 Music Nova Scotia Awards in November, Charlie A’Court is synonymous with impassioned performances that grip an audience the very moment he takes the stage.

Mr. A’Court is an emotionally charged and soul moving performer. Fearlessly bridging genres and challenging stylistic conventions, his music and passionate voice stir up the listeners’ emotions, touching the very core of audiences around the world.

Further establishing his reputation as a remarkable entertainer, A’Court has released his first live, solo recording. "Live At The Marigold" is an intimate look into the heart of this soulful troubadour and was recorded at the beautiful Marigold Cultural Centre in Truro, Nova Scotia. The release was nominated for Best Blues Artist/Group Recording, Best Male Artist Recording at the 2009 Music Nova Scotia Awards.

Singer-songwriter Nick Jeffrey makes music with the confidence that comes from finding home after a long journey. A native Nova Scotian, Nick headed to a teaching job in Asia after university, and has returned to create a place for himself on the South Shore where he has been steadily building a devoted fan base.

Nick plays a variety of instruments, and began performing at an early age. His voice retains a purity and range that allows him to fully explore the emotional content of his lyrics. The influence of Neil Young, Bob Dylan, and Bob Marley is obvious in his songwriting, as is the support of a deeply musical family.

He enjoys pushing the folk and roots boundaries, dipping into forms like reggae, blues, and bluegrass, but always remaining true to his maritime individuality. Many of his songs rise from a core of autobiography, telling stories of love discovered, lost, and redeemed, with all the emotional landscape along the path.

Mr. Jeffrey has a potent ability to let his personal introspection transform into universal connection. His warm and generous performance style allows audiences to feel welcomed and to willingly trust his true-hearted songs.

The all ages, coffee-house concert begins at 8pm on Saturday April 10 at the Petite Riviere Fire Hall. Tickets can be purchased at The Petite General Store. More information is available at www.littleriverfolk.com
Posted by lrf at 3:32 PM No comments: 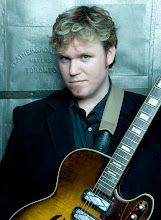 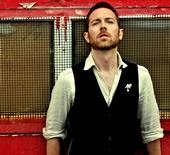 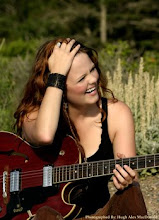